A Night at The Colony Club 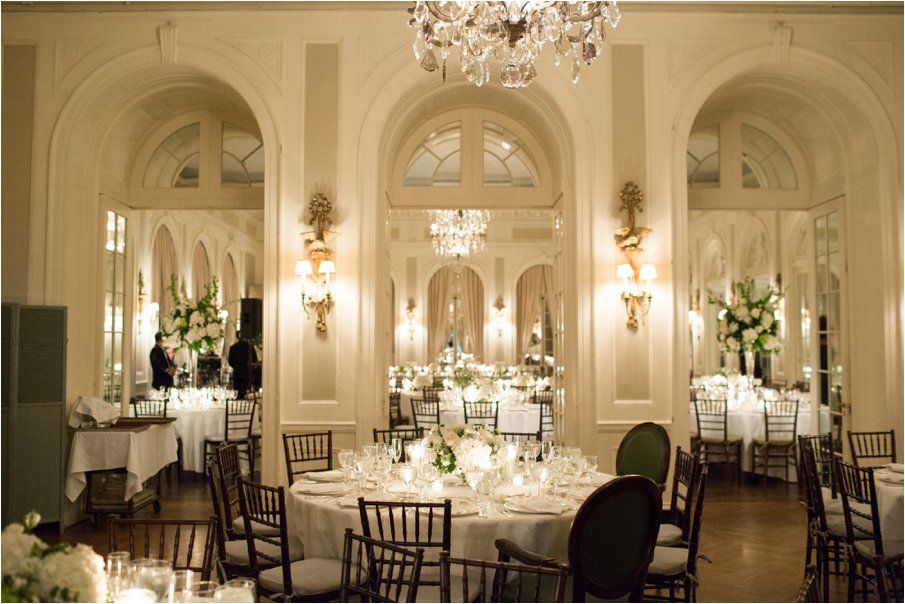 When Bill Wiley and Sarah Crawley married at The Colony Club in New York on December 7, 2019, they told us how they met and it was one of the cutest little stories we had heard!

Bill got Sarah’s phone number wrong in his ever-so-suave fashion, and this whole thing almost never happened! Luckily enough though, Bill got held up leaving the bar and before he got into a taxi realized Sarah hadn’t texted him back. Thanks to a little liquid courage, Bill went back into the bar to find Sarah to make sure she received the text, which is when he realized he typed her number in wrong! With a correct phone number in hand this time around, Bill re-sent his witty, yet personable magnum opus text message, “Hi it’s dill.” The rest is history.

They also picked the cutest place for their reception! We had such a great time performing at this classic New York wedding venue.  These two and their entire guest list were on the floor the entire night with such high energy dancing! The venue did an amazing job creating an intimate and classic black tie affair while Around Town Band provided by Around Town Entertainment kept the party going all night! It was a night full of energy, laughter, and love!

New York has a long tradition of private clubs that are designed to keep outsiders at bay. Each different club may appeal more to artists, or authors, or politicians, or city planners, depending on their charters. Hone Club was the greatest dinner-giving club for upper class merchants, James Fenimore Cooper founded Bread and Cheese Club (which was  not devoted to food, but rather literary pursuits), the City Club was  described as an “anti-bad-city government club”.  All of these clubs shared one feature: they were only for men!

The only club that was created only for women in NYC is The Colony Club! What an amazing location! The Club was founded in 1903. The cocktail session was held at the Harriman Room. After that, the party continued at The Grand Ballroom where everyone partied the night away.  Best man and Maid of honor told hilarious toasts that seemed more like “roasts” and had everyone in tears from laughter. There were fun candid moments, group photo and the bride and groom dipping were some of the many highlights on the dance floor with great live music by Around Town Band as they played songs like “Come Fly with Me” and “New York, New York” by Frank Sintara and tunes from Fleetwood Mac, Van Morrison, and James Taylor. What a special night!

Around Town Band brings high energy experience to each event, with the right balance of sophistication and polish. The bands elite, talented and studied musicians have toured with some of today’s top artists. They have been featured as artists and musicians in their own right on major records and have graced some of the world’s biggest stages.

Check out our last post about our wonderful time at The Grove.

First Time at The Grove