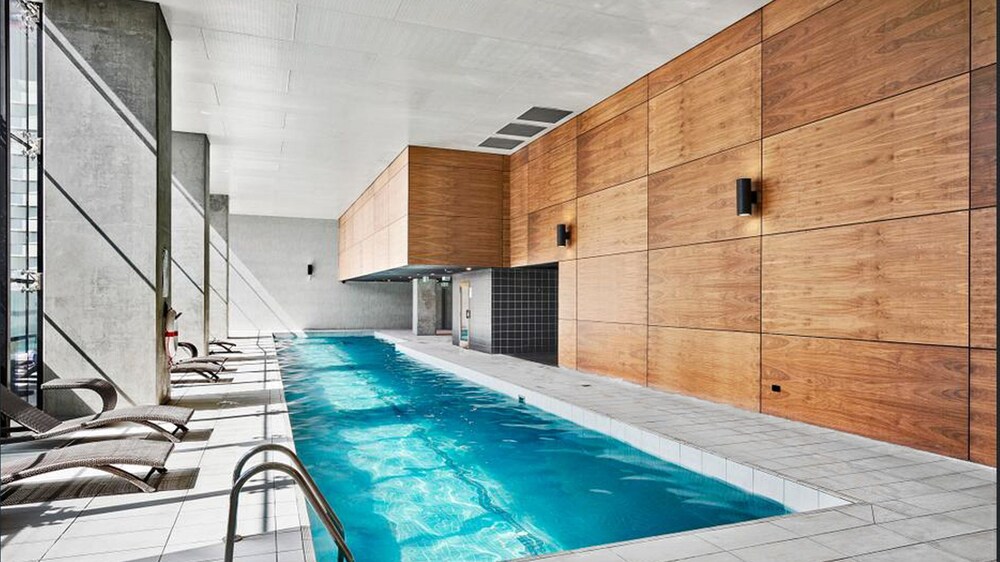 Scott noticed a flaw in her left arm stroke and suggested a way to correct it. He thought she was really attractive. So they started chatting and Lauren, a newcomer to the complex, followed his advice on her technique, thinking little more about it. A short time later, however she spotted him on the subway and waved hello. Unfortunately, Scott didn’t recognize her and it was somewhat embarrassing. Scott felt so bad he wrote a note of apology, added his e-mail address, and pushed it under her apartment door. Lucky for him, Lauren was single and responded immediately.

Within days they went for drinks at a nearby French restaurant. After that, Scott charmed his would-be girlfriend with a flurry of clever, flirty emails. They didn’t actually kiss until the third date. It was at the door of Lauren’s apartment and it felt a bit odd at first, because he always left to go to another apartment in the same building.

Now, 13 months on, all awkwardness is gone. On February 22, 2020, Lauren and Scott got married. What a relief! Around Town Entertainment is proud to have performed at their wedding at SECOND, a premier New York City event space that offers end-to-end production, superb client service and unparalleled culinary expertise. The intersection of personability and ease, SECOND is a standout, scaleable venue. Located above bustling 6th Avenue in Chelsea, SECOND is as convenient as it is noteworthy.

It was an amazing night of dancing and celebrations. The bride and groom made their grand entrance to a Pitbull and LMFAO classic as the guests cheered! Next was the moment for the bride and groom to take their first dance. They chose the beautiful acoustic version of “Vienna” by Billy Joel. All guests poured onto the dance floor to join the bride and groom on this dance and then it was time to party!

The guests really loved the most current top 40 hits and the band was thrilled to play everyone of their requests! The party never stopped, even when it was time for the last song of the night. The crowd chanted for more music! The wedding band, Authority Band, played an encore song and the crowd went wild! These guests really came to dance and couldn’t get enough! What an exciting wedding!

The Authority Band always brings high energy experience to every event. They have elite, talented and studied musicians that have toured with some of today’s top artists. Book them today!

Around Town Entertainment was thrilled to have been chosen by our clients as the best New York wedding music. For all your New York wedding band needs, please visit https://aroundtownent.com/

Cheers to Lauren and Scott on your big day!