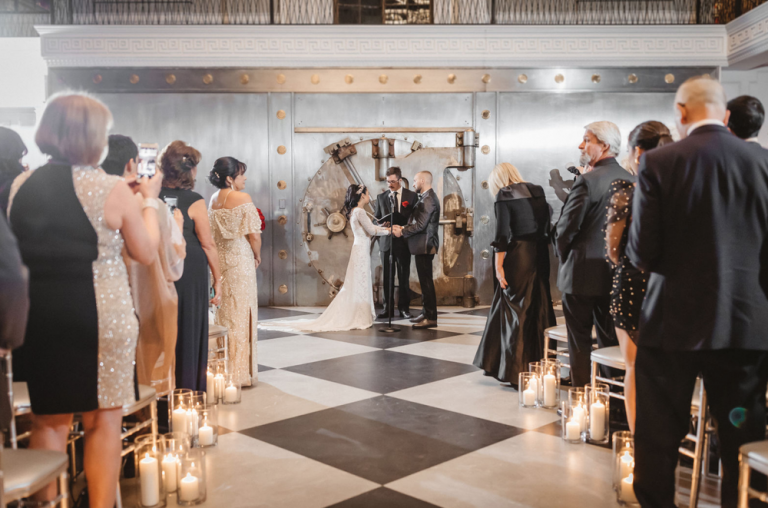 It was summer 2017, and Ross had recently moved to NYC from Philly. He was still starting to get acclimated and learning his way around the Big Apple! With not many summer plans in place yet, both Samantha and Ross signed up at the last minute (literally each of them signed up 2 weeks before) to go on a Meor Manhattan trip to Amsterdam and Israel. Although they met briefly during the orientation, it really wasn’t until Amsterdam that they became acquainted. Throughout the early days of their trip to Amsterdam, they soon learned that they knew people in common via their Boca connections – Ross being from Florida and going to school in Boca and Samantha attending college there – what a coincidence! The big world they ended up traveling together in just got a little smaller, in the BEST way!

As the nights out progressed, Samantha finally agreed for her new travel “friend,” Ross, to buy her a drink. It was a great night of chatting and learning about one another but in a friendly manner. The trip continued on to Israel, and included many great talks and nights out, which eventually helped Ross charm his way into the possibility of being MORE than just a friend. With some unfortunate luck, the group’s flights home were canceled which ultimately led to people in the group being randomly split up between two flights. Did our happy couple ended up getting separated before sparks could fly? Well, Luck, irony, and/or fate intervened again and landed Samantha and Ross on the same flight home! Upon their arrival back to the USA/New York, they both wondered if their connection would outlast their trip…spoiler alert – it did! Three years later and their love is as strong as ever! The two are the best of friends and the love of travel and spontaneity that initially brought them together, played cupid and made them fall in love!

Three years later, Ross surprised Samantha with an “early birthday trip” in the midst of a global pandemic to their favorite/special place, Newport, RI. At the perfect time (happy hour over sunset with the sailboats in sight), Ross shocked Samantha and got down on one knee during their “classic Newport photo opp”, making this their most memorable trip to Newport yet!

The beautiful couple got married at Felina in Ridgewood, NJ. Ross and Samantha’s special day was meticulously planned by A Touch of Elegance Floral and Event Design! Before Samantha started down the aisle, the pianist from Around Town Entertainment played “You’ve Got The Love” by Florence and the Machine! Everyone saw Dan first see Alyssa on her father’s arm, and there wasn’t a dry eye in the house! The two exchanged their vows and said their “I Do’s” and then practically sprinted down the aisle singing along to “Bittersweet Symphony” It was such an exciting moment, almost as exciting as the party after!

Then it was cocktail hour, where the guests were serenaded by the Around Town Band’s jazz trio featuring a bass, guitar, and piano! All the guests started to tap their toes along with many of the jazz classics the group played, getting excited to dance it out for the reception! As everyone entered into the reception room, the bridal party skipped into the room jamming it out to Mr. Worldwide’s “Give Me Everything” that was performed by the most requested wedding band in New Jersey, the Altitude Band. Ross and Samantha made their grand entrance as husband and wife to “Electricity” by Dua Lipa and the dance party kicked off!

The Around Town Band played many of Ross and Samantha’s favorite songs throughout the night such as “Danza Kuduro” by Marc Anthony, “I Like Me Better” by Lauv (the couple’s special favorite song), and “Despacito” by Luis Fonsi, which is Ross’ most FAVORITE song EVER!

It was truly a night to remember and we’re so happy to have been part of Ross and Samantha’s special day extra memorable!