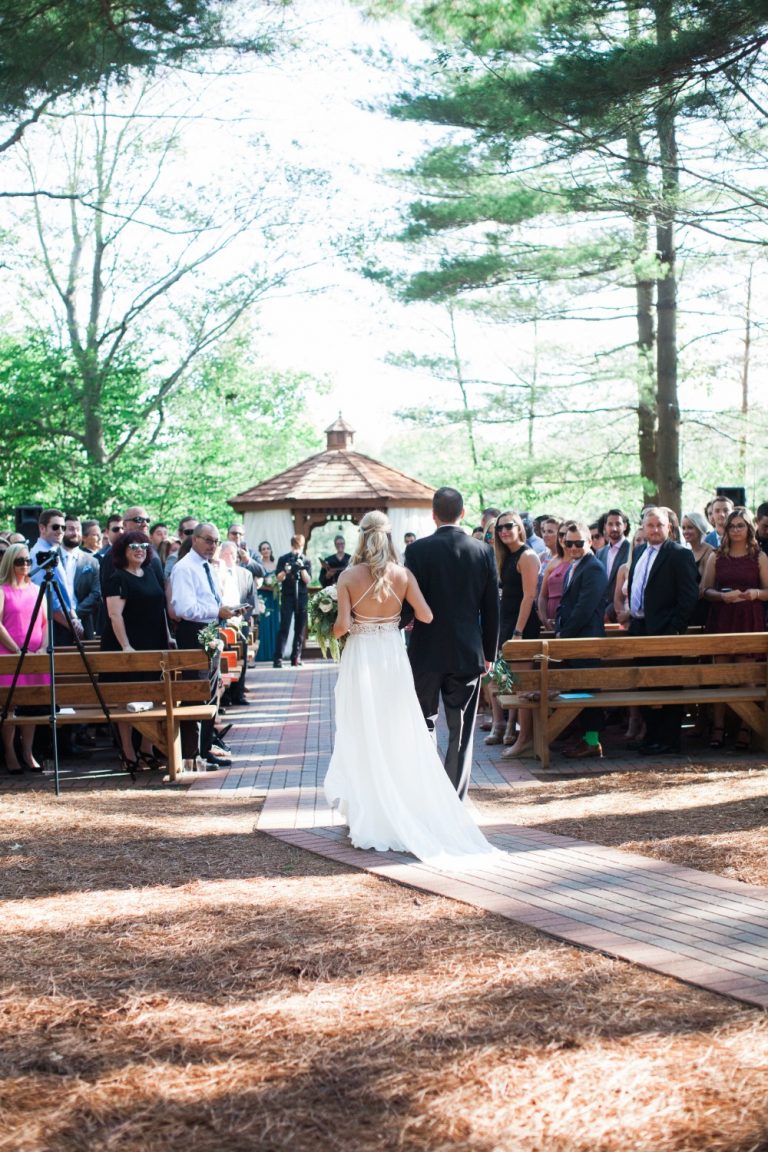 Whether they knew it or not, Dan and Alyssa were always in each other’s lives. They went to the same elementary school for a couple of years, played ice hockey at the same rink, and even went to the same college, UMass Amherst our freshman year! Alyssa’s brother even played hockey with Dan when they were younger. Despite all the overlap, the two were definitely two ships passing in the night: right there, but just missing each other. That all changed in the Fall of 2018! The two went on their first date at Eli’s in Orange. After a month of some great dates, Dan popped the question! Well…not THAT question! They officially became a couple!

In January of 2019, they added another little buddy to their family. Well, not like THAT! Colt, their black labrador retriever, became a welcome addition until they decided that he needed a friend! Then came Dakota! Alyssa and Dan love spending time with their pups whether it be hiking, or traveling. Because they love their adventures with their furry family members, Alyssa planned a trip with one of her best friends, Gabby, to go to Acadia National Park. The two planned it out, and brought along Dan and Adam, Gabby’s boyfriend, and were extremely excited to go on such an amazing adventure! Little did they know, that Dan was actually planning on proposing to Alyssa that weekend! It was a surprise for everyone and Alyssa said that anyone who knows the Coudens sure knows they can’t keep secrets!

On their second night in Acadia, 8/8/20, Alyssa, Dan, Gabby, and Adam drove up Cadillac Mountain and parked their car. Alyssa saw that Dan was bringing his giant backpack, and asked him why. He said that it was because he wanted to bring his camera with him. She shrugged it off and she and Gabby kept marching up to the mountain. The two took some beautiful photos on the mountain of the stunning sunset over the water and then a couple asked us if they wanted them to snap a picture of the adventurous quartet together. Dan said “No!” a little too quickly… which raised everyone’s suspicions. About 15 minutes later, Dan suggested they take a photo at a different spot, and as they went to snap the picture, he got down on one knee and popped the question! Alyssa was in suck shocked she asked if he was actually serious! She said yes and it’s truly a day they’ll never forget, especially until their wedding day!

The beautiful couple got married at The Pavilion on Crystal Lake in Middletown, Connecticut. Before Alyssa started down the aisle decorated with beautiful bouquets from The Floating Dahlia, the pianist from Around Town Entertainment played “A Thousand Years.” Everyone saw Dan first see Alyssa on her father’s arm, and there wasn’t a dry eye in the house! The two exchanged their vows and said their “I Do’s” and then practically sprinted down the aisle singing along to “This Will Be An Everlasting Love.” It was such an exciting moment, almost as exciting as the party after!

Then it was cocktail hour, where the guests were serenaded by the Around Town Band’s jazz trio featuring a bass, guitar, and piano! All the guests started to tap their toes along with many of the jazz classics the group played, getting excited to dance it out for the reception! As everyone entered into the reception room, the bridal party skipped into the room jamming it out to Queen’s “Fat Bottomed Girls” that was performed by the most requested wedding band in Connecticut, the Around Town Band. Dan and Alyssa made their grand entrance as husband and wife to “Knockin’ Boots” by Luke Bryan, and the dance party kicked off!

The Around Town Band played many of Dan and Alyssa’s favorite songs throughout the night such as “Grow Old With You” by Adam Sandler, “Steady Heart” by Kamerone Marlow, and even got everyone on the dance floor with the Cupid Shuffle!

It was truly a night to remember and we’re so happy to have been part of making Dan and Alyssa’s special day extra memorable!