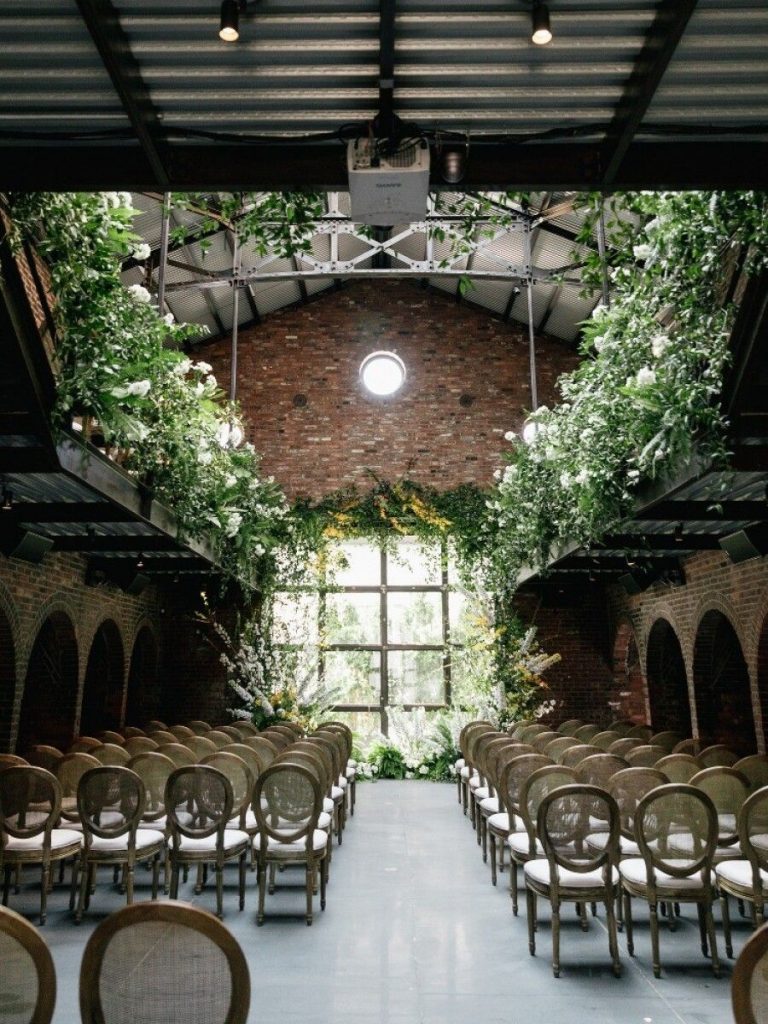 We Found Love At The Foundry

They truly did find love at the Foundry in Long Island City, New York.  Michele and Stephen chose this really unique raw space with the right catering team and the amazing Foundry staff, the space is quickly converted into one of New York’s top wedding venues.

THE FOUNDRY IS A 19TH-CENTURY BUILDING THAT HAS BEEN METICULOUSLY RESTORED TO SHOWCASE ITS INDUSTRIAL CHARACTER AND STUNNING PROPORTIONS.

Not only did the bride and groom choose this great gem of a venue but they also chose the outstanding band the Altitude band from Around Town Entertainment.    A seven-piece band consisting of three singers, piano, bass drums, and guitar was the perfect sized combination for the space and the guests count not to mention for a night of dancing and celebration.
But before every wedding celebration begins, there must be a moment for the couple to exchange their vows.  The pianist from Around Town Entertainment performed all the important processional songs.   The bride walked down the aisle to the beautiful classic Canon in D.
Once the couple was officially married, the musician played “On top of the World” by Imagine Dragons.  This wonderful couple was definitely feeling on top of the World!

The guests enjoyed a candlelit evening of dinner and dancing. There were some really unique choices by the bride and groom for their special dance moments and wow, did the New York City wedding band hit all the marks.
They learned the newest top 40 hit “Do it to it” by Acraze for the bridal party entrance and they already knew the smash hit “Shivers” by Ed Sheeran for the bride and groom’s grand entrance.

From there it was time for the official first dance for the couple to have an intimate moment to celebrate their union.  They chose the song “You are the reason” by Calum Scott. Everybody enjoyed the moment and soon jumped in to dance along with the couple.

The band loved to give an encore song especially since the moment felt like a true concert with the crowd going wild. What an exciting New York wedding event with just the right touch of wedding music from the favorite New York City wedding band company Around Town Entertainment.

Around Town Entertainment was thrilled to be part of this exclusive wedding event!

Something special was brewing!