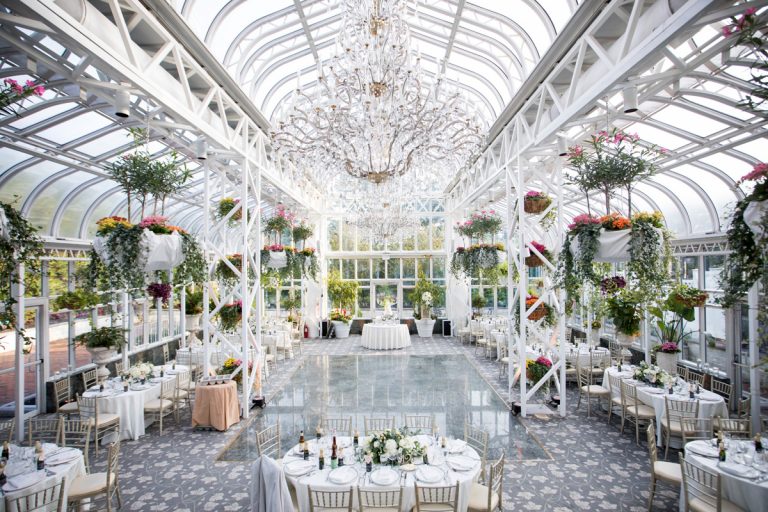 Something special was brewing!

Paige and Tom met when they were set up on a mysterious blind date by a mutual friend! Well, it took a bit of time for Paige and Tom to soften up to the idea. After years of trying to make it happen, the date finally happened! The two met at the Stagehouse Tavern giddy with excitement and nerves. They enjoyed a delicious dinner and spend over four hours enjoying one another’s company and getting to know one another. The conversation just flowed and flowed and the two knew they had something special brewing. Needless to say, they had a great time, and maybe their friend really knew what they were doing!

For years, the two went on many fun adventures together. They saw many amazing shows, and enjoyed many movies, restaurants, and game nights together. For three years, they made many amazing memories and fell more and more in love with one another, knowing that “something special” was no longer a slight simmer but a roaring boil!

For their three-year anniversary, Tom took Paige back to the Stagehouse Tavern, where they had their first date! Just like their first date, they enjoyed the food and one another’s company until, to Paige’s surprise, Tom got down on one knee and asked her to marry him! For her, it was the easiest yes of their life!

They knew their wedding was going to be such a special and momentous occasion and knew they needed to say their “I Do’s” at the best venue and have the best wedding music to celebrate! Paige and Tom got married and celebrated at the Madison Hotel in New Jersey. The Conservatory was all decked out with beautiful floral arrangements, and the sunset shone through all the glass windows and ceilings during the ceremony and cocktail hour. Paige walked down the aisle with a smile to a beautiful piano arrangement of “Simply the Best” played by the pianist of the After Party Band. Once she and Tom were declared man and wife, everyone practically sang along to the Around Town Entertainment’s pianist playing “This Will Be An Everlasting Love!” Off to celebrate they went!

Tom and Paige’s sense of humor DEFINITELY showed throughout their reception! They had the After Party Band play many of their favorite songs! When the groomsmen entered the reception hall everyone cheered as they danced along to “It’s Raining Men!” When the bridal party entered, they strutted into the conservatory to “Run the World, Girls!” by Beyoncé! Then, when the newlyweds were ready to make their grand entrance, the familiar Star Wars Theme Song was played. Just kidding! It was a fakeout! After the first few chords, Paige and Tom sang along to Queen’s iconic “Don’t Stop Me Now!”

All the guests rocked all night long to Tom and Paige’s favorite songs including “Shout,” “Larger Than Life” by the Backstreet Boys, “Through the Years” and many other hit songs! They also celebrated with a Hora!

Congratulations to Paige and Tom, and cheers to many more laughs and memories through the years!

We Found Love At The Foundry