A Perfect Evening at Hudson House 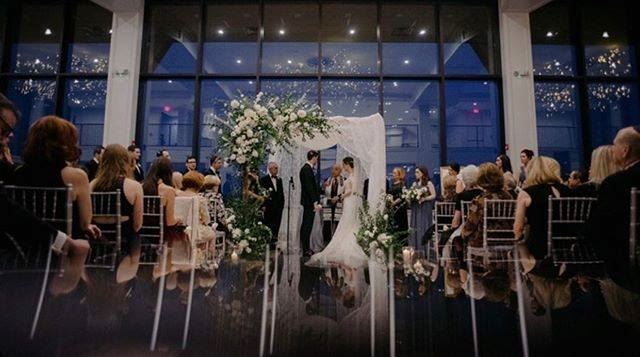 Danielle moved to New York City in the summer of 2015: her third city in 5 years! Wow! She finally landed a dream job working to combat educational inequity in the Bronx but was still on the hunt for a dream partner. A friend from NYC introduced her to Jerry and that became her first real love interest in the new city.

Jerry was a lifelong Yankee fan and season ticket holder. Danielle started to lose hope after a few days of unanswered messages when they first started talking, but decided not to hold a once-in-a-lifetime World Series run against him. The two finally settled on a date the weekend after the Yankees lost it all at a pizza place near Danielle’s apartment. It was very clear that they were on the same page from the very beginning. The conversation was normal and easy. They had so much in common!

About a month after the first date, Jerry invited Danielle to a concert with him and his group of friends. It was the first time that she really got to see what his life was like and the kind of person he was outside of our one-on-one interactions. He was even more kind, funny, and genuine than she had thought. Even though they had come from different backgrounds, their views and similar music tastes aligned perfectly.

From that point on, she knew that they would have a future together. They would return to the same pizza place a year later for a surprise engagement party with their closest family and friends after he proposed. So original!

They decided to have their wedding on November 1, 2019 at Hudson House in Jersey City, New Jersey. They invited Around Town Entertainment to perform on their special day and of course, we couldn’t refuse! This was an elegant space that left us  with memories to be cherished for a lifetime!

The day began with a dazzling performance by a pianist from Around Town Entertainment. The pianist performed “A Thousand Years” The Piano Guys as guests took their seats. Then, the bride walked down the aisle to “Can’t Help Falling In Love” Haley Reinhart. After the bride and groom made their first kiss as newlyweds, the pianist played “Beautiful Day” U2.

The celebrations moved to the Hudson Room for cocktails where the jazz trio from Around Town Entertainment performed classic jazz hits to warm up the crowd while they soaked in the breathtaking views of New York City. The 300+ guests were having the time of their lives as they danced around the bar and floor-to-ceiling glass windows.

After that, the guests made their way to The Grand Ballroom for the reception. The wedding band, Around Town Band from Around Town Entertainment, played “Signed, Sealed, Delivered” Stevie Wonder as the new bride and groom entered the building. Following that up was a very soft, touching version of Beyonce “Halo.”  The wedding band then performed  ‘Unforgettable’ by Nat King Cole as the father had a dance with the daughter.  Celebrations continued as the Around Town Band played hits from Bruno Mars, Cassie, Prince, and Mary J Blige! What a fantastic ending to an epic night!

The Around Town Band brings high energy experience to every event in New Jersey, New York, and Connecticut. The bands elite, talented and studied musicians have toured with some of today’s top artists. They have been featured as artists and musicians in their own right on major records and have graced some of the world’s biggest stages.

Disco in a 170-Year-Old Synagogue