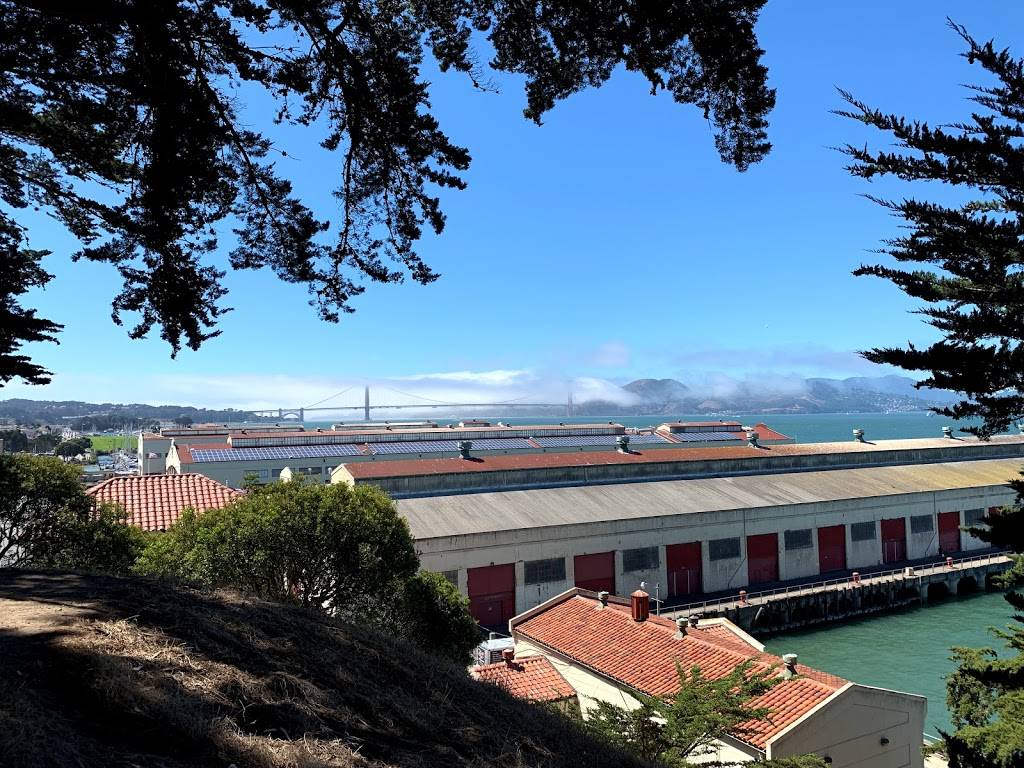 Christina had flown into San Francisco from New York for a weekend visit. She was headed to a friends house to get ready for a music festival that evening at Fort Mason. It was at that point that James walked into the room and upon seeing her for the first time, he pulled out a smooth pick-up line which didn’t work quite like he had expected.

Christina eventually warmed up to him after James found her a last-minute ticket for the music festival, which was really sweet. Later on in the evening, they established a “buddy system” as their larger group of friends started to disperse. James and Christina were left alone so they spent the whole night laughing, talking and goofing around. And, well, the rest is history.

A few years later on the evening of Christina’s birthday, James convinced her that they should drive into San Francisco for dinner to celebrate, but insisted that she wear a blindfold once they got closer to the city so that it didn’t spoil where he was taking her. As they arrived at the secret location, James helped her get out of the car. Meanwhile, Christina was convinced upon hearing the seagulls overhead that they must be near the beach. As he removed the blindfold, she immediately realized that they were at Fort Mason, in the exact spot where we had taken a photo the night the two met!

Before she knew it, he was on one knee, and moments later she noticed a photographer hidden out of view nearby, triggering even more tears. They went for a lovely, quiet dinner and closed the night sharing champagne with their parents to celebrate the engagement. The whole thing was so magical!

Christina and James held their marriage reception at the NY Athletic Club in New York, NY. As one of the oldest and most popular private clubs in NYC, the New York Athletic Club is the perfect place for a wedding reception along with its fine and rich history.

Around Town Entertainment was invited to perform during the cocktails and wedding dinner. By the time the big day rolled around, the bride, groom, and all the family members were eagerly anticipating the music for the wedding night.

The terrace off of the main dining room was also a gem, creating an unique way for guests to get a private outdoor setting while drinking cocktails in the middle of Manhattan. From there, there was a jaw-dropping view of Central Park and Upper Manhattan—a fantastic setting for unique photos of the bride and groom- while they listened to lively music from Around Town Entertainment’s jazz trio. Christina and James wanted their special day to reflect the glamour of old Hollywood and they did so in the most unique way!

Guests ate, drank, danced, and toasted to the health and happiness of the newlyweds with music from Around Town Entertainment’s Altitude Band playing high energy music throughout the night. What made this reception especially memorable was the personal connection of the wedding band and the crowd. The wedding band fulfilled all song requests made by the bride and groom much to the excitement of every guest in the room. From Motown to 80s to Dance music, the crowd did not stop dancing at any point in the evening!

Around Town Entertainment was so thankful to be a part of this beautiful event, and to get the chance to celebrate the happy couple. Thank you to Christina and James for letting us be a part of your journey!