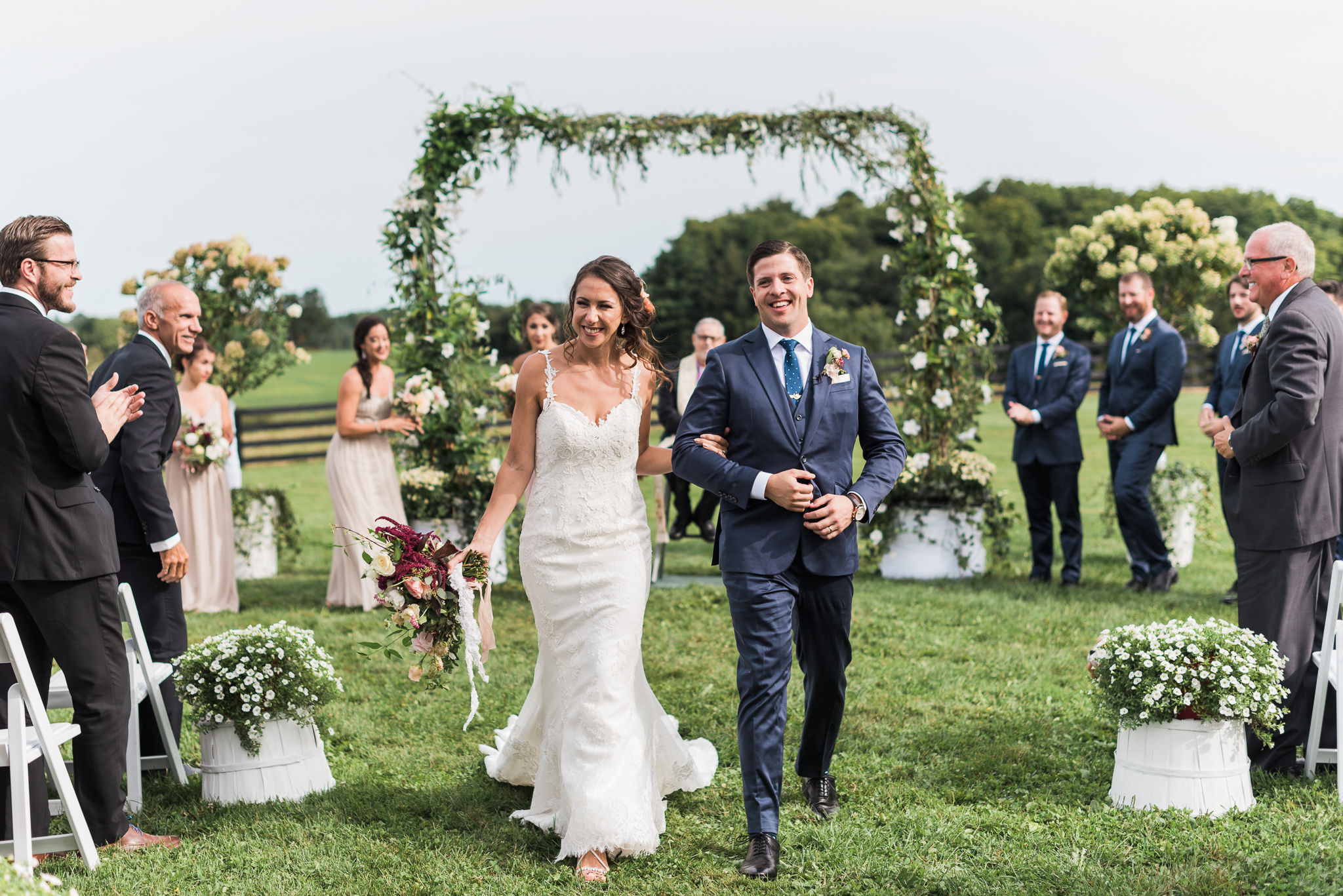 Everyone says that finding your soulmate happens when you least expect it, well they’re right! The story of Courtney and Jeff began when she saw this very handsome fella liking all her Instagram pics. She immediately started liking his back.

Next thing she knows she had about 20 likes. She noticed on his Instagram bio that he had a Facebook. Courtney thought, “how could I not message him?” So she gathered all my strength and sent a message starting with “Hey, what’s up?” Who would’ve known those three small words years later would make me the happiest person alive.

They talked on the phone and FaceTime for about a month until he finally came to visit. They both live in New York, but she’ll never forget the feeling of  him walking up to her door the first time. After just sitting there and talking together for hours they realized that they could definitely see myself with. Little did they know four years later they would be planning the wedding of their dreams and inviting Around Town Entertainment to play their wedding on October 3, 2020.

So we took a road trip to their home in Slingerlands, New York and performed for their family and friends! It was a very intimate and one of the most memorable performances we have showcased!

The day started with a heartwarming courtyard ceremony in their backyard. The bride and groom chose “You and Me” by Dave Matthews as the processional song, performed by a guitarist from Around Town Entertainment. The bride chose “Back Together” by Jack Johnson as she walked down the grass to kiss her groom. The two kissed and exchanged vows as “Accidentally in Love” by Counting Crows performed during the couple’s special moment.

Then, a jazz trio from Around Town Entertainment delighted guests as they sipped on cocktails on Courtney and Jeff’s patio. Next was the reception in the pergola next to the pool house. They had their first dance to an acoustic version of Beyonce’s Halo performed by Around Town Entertainment’s Alternative Band. The bride also had a very emotional dance with her father to the song “I Loved Her First” by Heartland.  The groom then danced with his mom to “My Wish” by Rascal Flatts. After dinner, the newlyweds had their cake cutting ceremony while Christina Aguilera’s “Candyman” played in the background by the wedding band.

To end the night, the Alternative Band performed a variety of classic hits like Clean Bandit, The Rolling Stones, Luis Fonzi, and many more! All that said, we could not be happier with how their wedding turned out.  Courtney and Jeff’s expectations were exceeded beyond anything they ever imagined, and we could not be more grateful to play for them.  Their wedding will always hold a special place in the heart of the Around Town Entertainment family.

For live video footage of our live set bands please visit our website www.aroundtownent.com. The bands are fresh in style but well round to appeal to everyone. Guests will dance and sweat, all night!