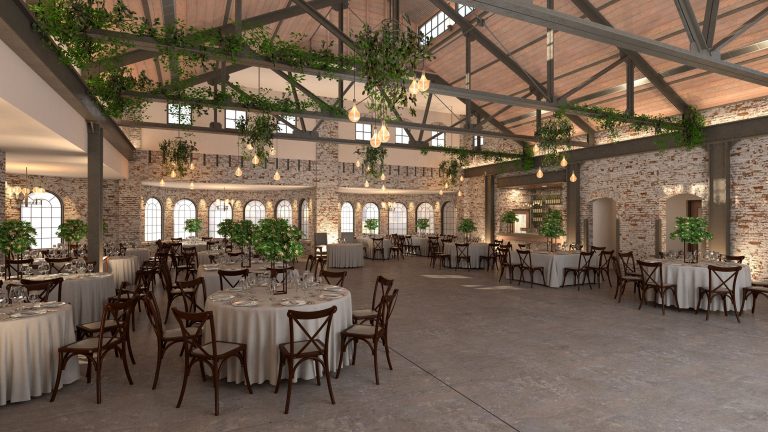 Sara and Stephen’s story started in October 2016 when Stephen liked one of Sara’s pictures on Hinge. After two weeks of back and forth and some not-so-subtle hints from Sara that she was free for dinner, they decided to meet at the 5 Napkin Burger in Union Square! Needless to say, dinner went quite well. After a few months of dating, Stephen took care of Sara when she got the flu. After seeing Stephen’s stellar bedside manner, Sara knew she found a good one. This was only solidified on their first Valentine’s Day when Stephen met Sara outside of her office with the greatest surprise…cheese fries from Shake Shack!

Sara was starting law school in the Fall of 2017, the next 3 years brought library dates and trips back and forth from New Jersey–resulting in Stephen moving in with Sara in Brooklyn. The Covid Pandemic threw out some curveballs–canceling Sara’s graduation and bringing them to quarantine at Sara’s parents in New Jersey. Stephen wanted to watch the sunrise at the beach once more and said it would bring Sara’s law school career full circle. On May 31st they woke up extra early and headed out to the beach. After watching the sky, Sara stood up to take a picture of the sun. When she turned around, Stephen was down on one knee!

Sara and Stephen celebrated their big day at The Reserve at Perona Farms in Andover, NJ. The beautiful ceremony featured Around Town Entertainment’s pianist! Stephen could barely contain his excitement as he watched Sara walk down the aisle to The Beatles’s “Here Comes the Sun.” After the happy couple was pronounced husband and wife, their guests erupted in applause as they walked back up the aisle to “All You Need Is Love”—a song very suiting to the occasion!

The couple and their guests then enjoyed a cocktail hour underscored by Around Town’s Jazz Trio! Guests tapped their toes to the tunes of all their favorite upbeat Jazz standards. What a way to get the party started!

Then it was time for the reception! Everyone entered the Reserve’s beautiful ballroom, where they were greeted by Around Town’s After Party Band, ready to rock! The wedding party entered the reception dancing to Fergie’s party anthem “A Little Party Never Killed Nobody,” the fun beat allowing every bridesmaid and groomsman a moment to show off their moves! Sara and Stephen made their grand entrance to “Crazy In Love” by Beyoncé, and anyone can tell you that “Crazy In Love” definitely describes how these two feel about each other. The band then slowed things down for the couple’s first dance—set to “Heaven” by Kane Brown!

Everyone flooded the dance floor as the band began to play the Hora, a great way to get everyone on their feet! The After Party Band kept everyone rocking well into the night, playing all of Sara and Stephan’s favorite tunes including Stevie Wonder’s “I Just Called To Say I Love You” and “Don’t Stop Me Now” by Queen. It was truly an unforgettable night!

Thanks, Stephen and Sara for letting the After Party Band rock your party!