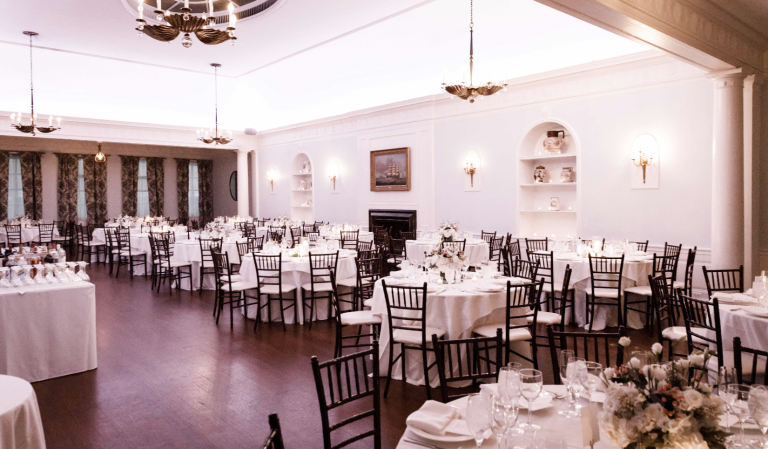 From “Will You” to “Williams”!

Here at Around Town Entertainment, we have a particular soft spot for true loves that came to be far, far before they even realized it themselves–and that was surely the case for Gerard and Allison! Their story begins a long, long time ago in the Pre-K class of St. Gabriel’s School – where they saw each other in the hallway often! It wasn’t until they began performing in school plays and served as altar servers in sixth grade that our spark might have started to flame… until they officially started dating in November of 2015. Cut to a short few years later… and they’re engaged!

The weekend started off without a hitch, with rosy warm weather, and clear skies. The View at the Battery was a perfect spot! With the ceremony off site, the party arrived to the restaurant ready for some drinks! Our cocktail quartet, featuring piano, bass, guitar, and a cello had a wonderful time underscoring the post-ceremony conversation with smooth, jazzy tunes. By the end of the cocktail hour, the entire party was ready for some dancing and dining!

With cocktail hour at an end, the party took their seats. The classic NYC architecture was gorgeous overhead, as the bridal party entered the room to “Forever!”!  Before everyone else got the chance to cut a rug, it was time for the first dance. It was a lovely choice, “You Are The Reason”, as Allison and Gerard took their first turn as husband and wife! Of course, there wasn’t a single dry eye in the house!

With tears sufficiently shed, the party needed a boost–perhaps best served in the form of a sugar rush? As everyone made their way to the cake, Tim treated them to “I Can’t Help Myself“. And boy, was the cake worth it! With a delicious break over, everyone else was ready to cut a rug. And a rug was indeed cut! There were so many highlights of the night, but the party particularly loved Amanda’s stellar performance of “Single Ladies”, as the bouquet was tossed! With the wedding tradition over and done, the night took off, and there was plenty more dancing!

By the time that the clock struck just before midnight, the party still had plenty of dancing to do… and the good news was, the party was not done! With our DJ ready for his turn, the party continued the ball rolling into a final set of dancing that was nonstop–and certainly not to be forgotten! As their guests enjoyed the rest of the dance set, Gerard and Allison enjoyed their first night as an officially wed couple. Congratulations!

‘Bourne’ To Be Yours!

All I Want For Christmas Is… You, Me, and a Summer Wedding!